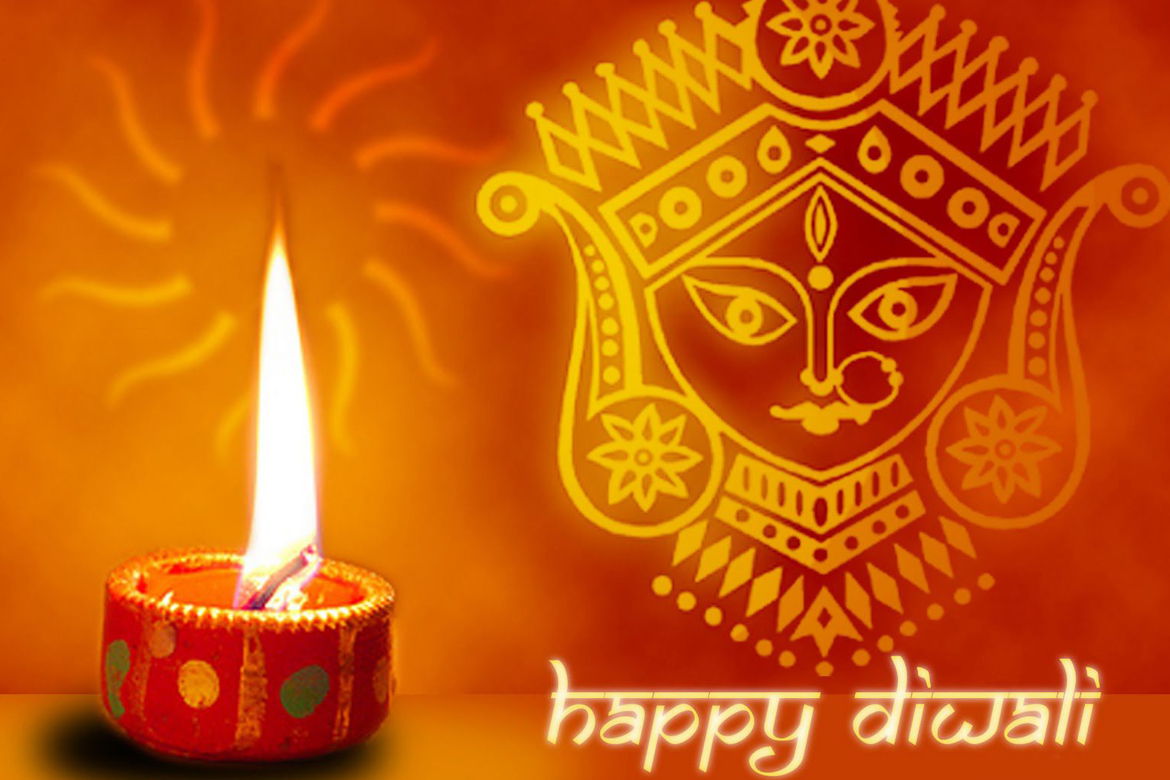 Diwali is a five day festival that represents the start of the Hindu New Year. It's known as the "Festival of Lights" for all the fireworks, small clay lamps, and candles that are lit during the celebrations. These lights are said to represent the victory of good over evil, and brightness over darkness. The candlelight makes Diwali a very warm and atmospheric festival, and it's observed with much joy and happiness. 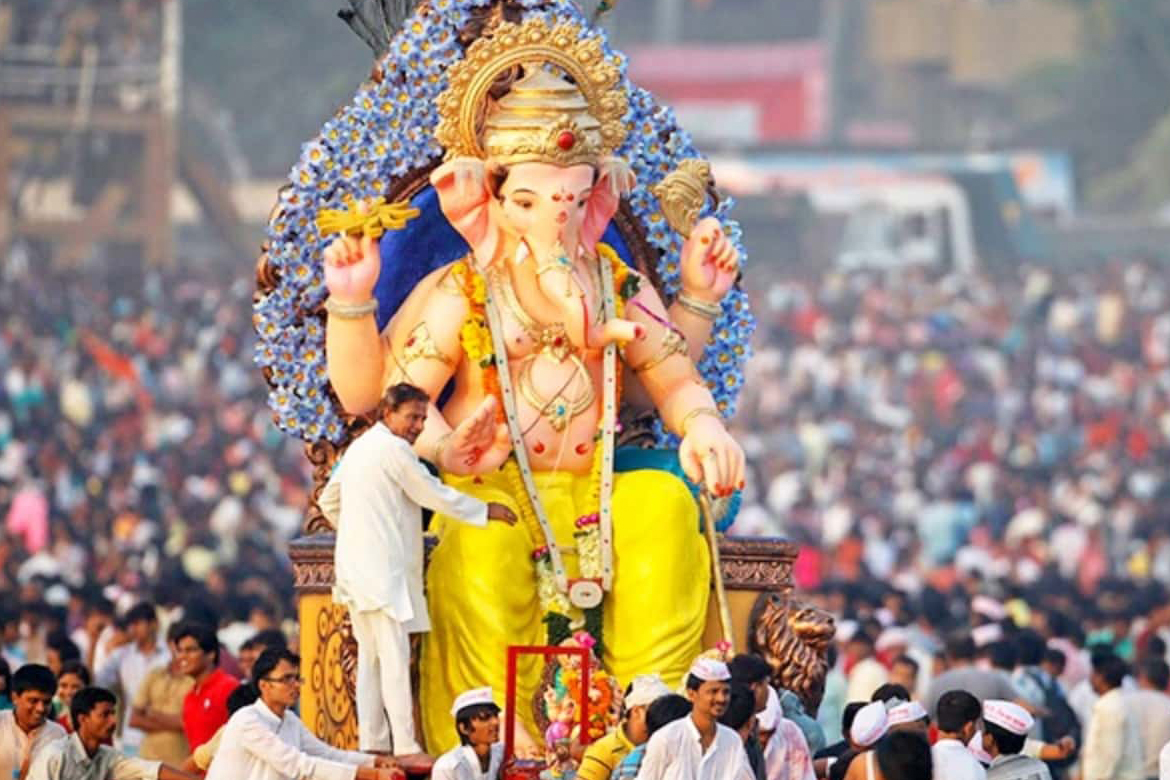 The spectacular eleven day Ganesh Chaturthi festival honors the birth of the beloved Hindu elephant-headed god, Lord Ganesha. The start of the festival sees huge, elaborately crafted statutes of Ganesha installed in homes and podiums, which have been especially constructed and beautifully decorated. At the end of the festival, the statutes are paraded through the streets, accompanied by much singing and dancing, and then submerged in the ocean. 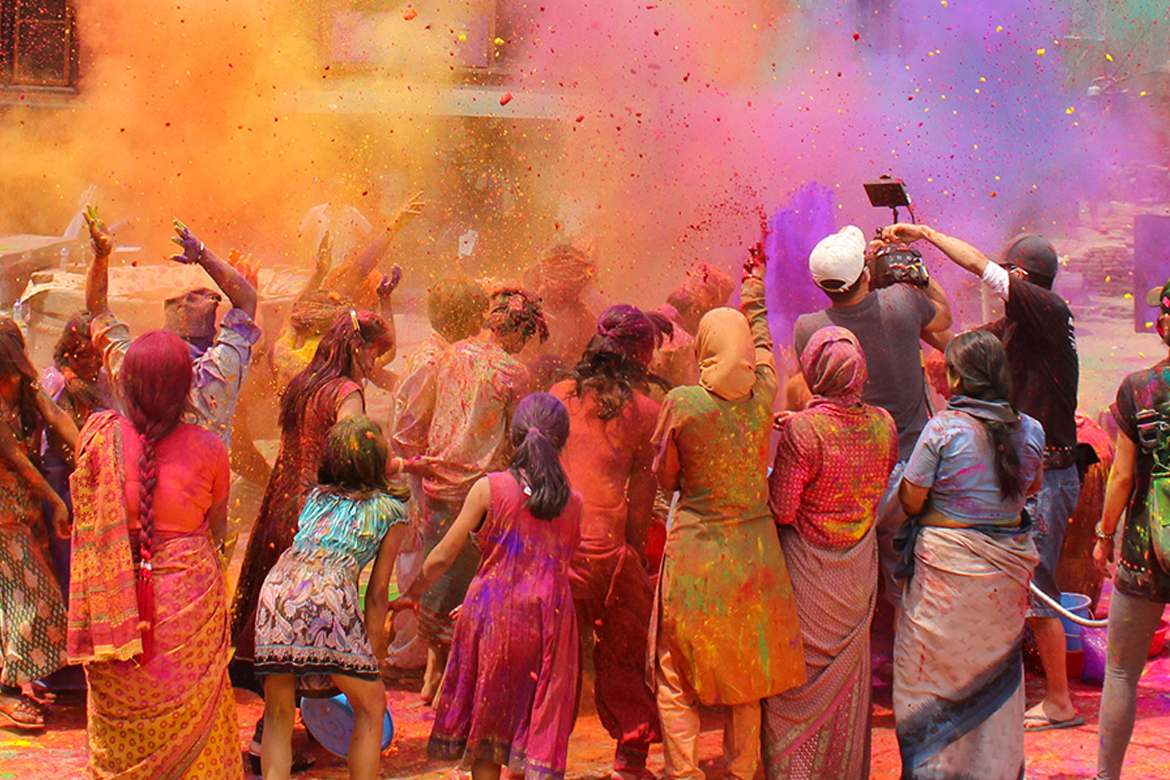 Holi is a two day festival that also celebrates the victory of good over evil, as well as the abundance of the spring harvest season. It's commonly referred to as the "Festival of Colors". People exuberantly throw colored powder and water all over each other, have parties, and dance under water sprinklers. Bhang (a paste made from cannabis plants) is also traditionally consumed during the celebrations. Holi is a very carefree festival that's great fun to participate in if you don’t mind getting wet and dirty. 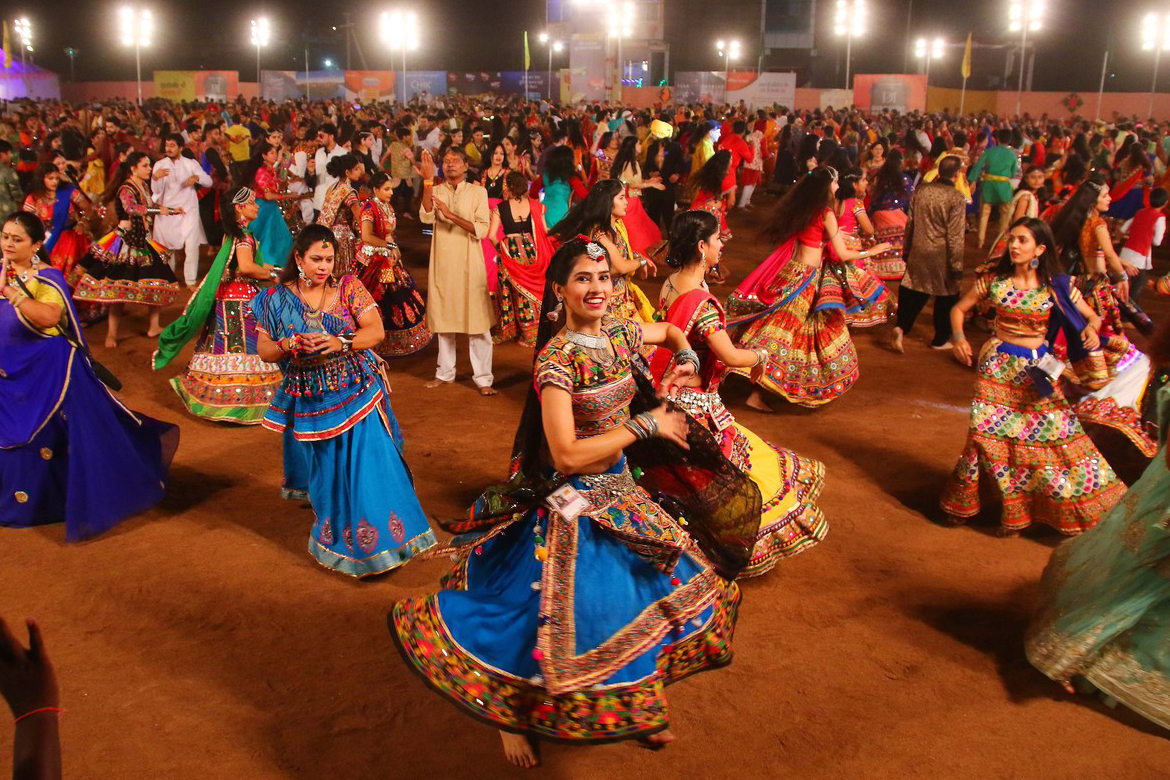 The first nine days of this festival are known as Navaratri, and are filled with dance in honor of the Mother Goddess. The tenth day, called Dussehra, is devoted to celebrating the defeat of the demon king Ravana by Lord Rama. It also coincides with the victory of the revered warrior Goddess Durga over the evil buffalo demon Mahishasura.

In eastern India, the festival is observed as Durga Puja. Huge statues of the Goddess are made and immersed in the holy Ganges River. The festival is an extremely social and theatrical event, with drama, dance, and cultural performances held throughout the country. 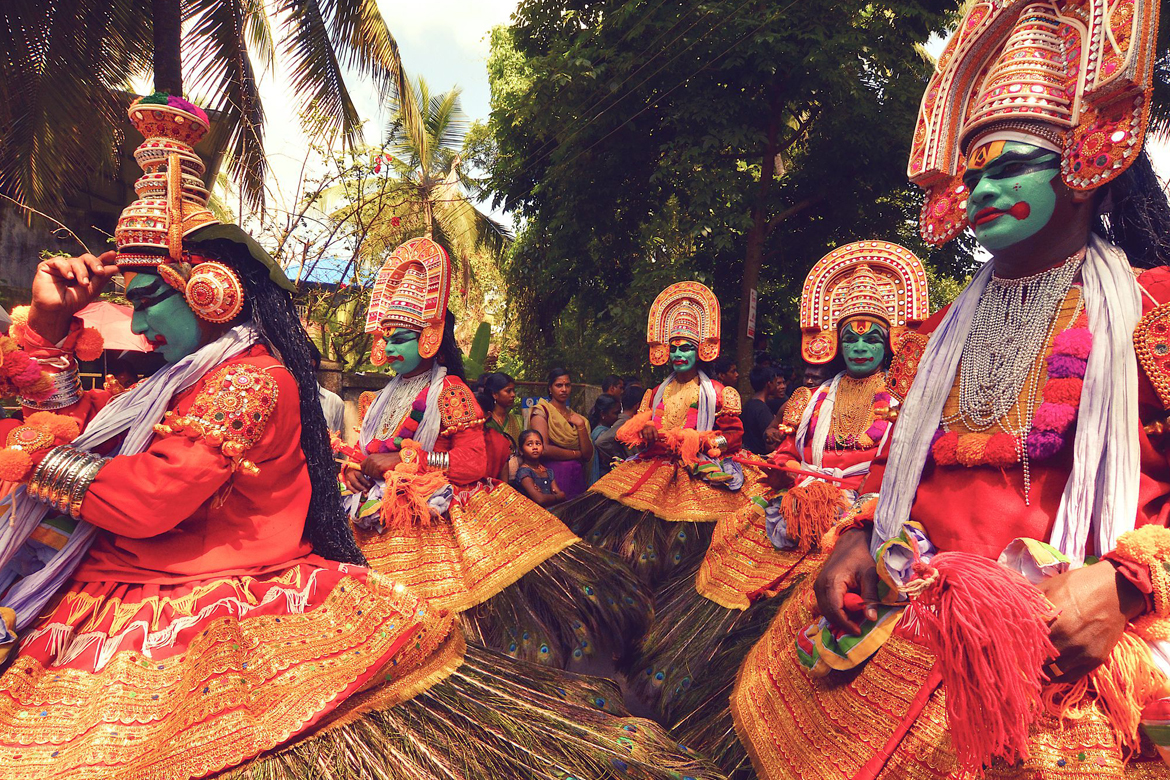 Onam is a traditional ten day harvest festival that marks the homecoming of the mythical King Mahabali. It’s a festival rich in culture and heritage. People strikingly decorate the ground in front of their houses with flowers arranged in beautiful patterns to welcome the King. The festival is also celebrated with new clothes, feasts served on banana leaves, dancing, sports, games, and snake boat races. 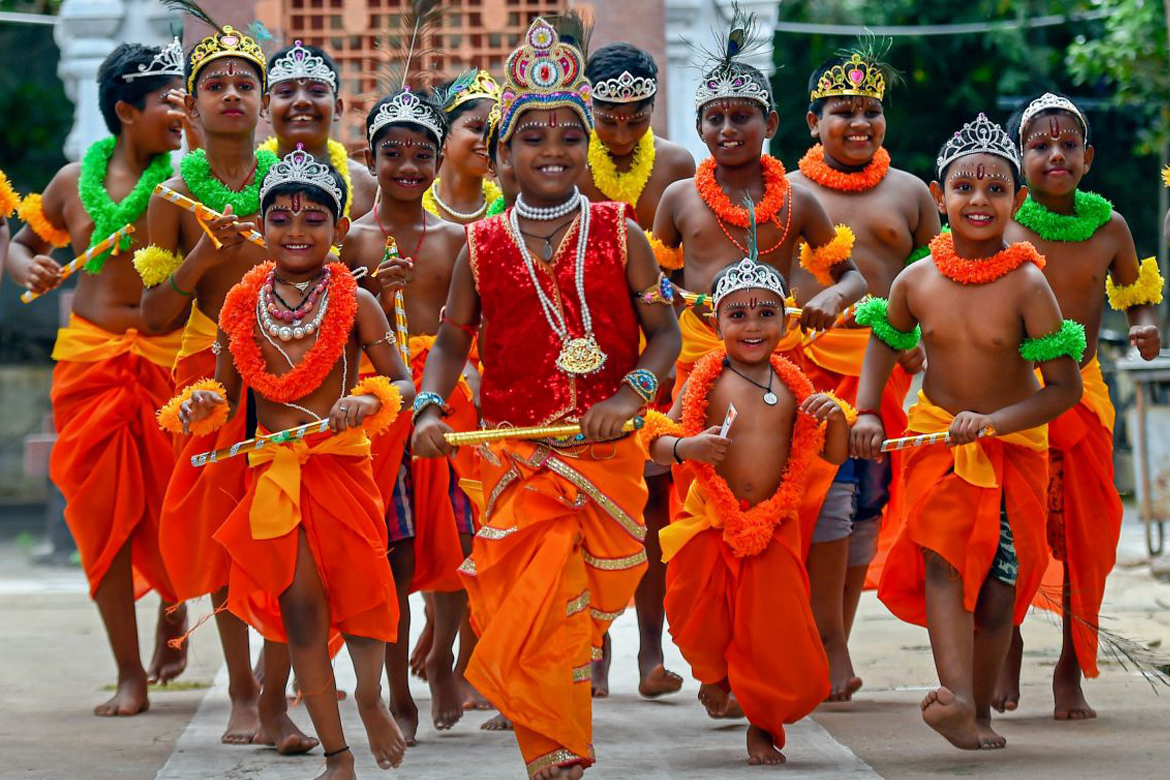 Krishna Janmashtami, also known as Govinda, commemorates the birthday of Lord Krishna. An extremely fun part of the festival involves people climbing on each other and forming a human pyramid to try and reach and break open clay pots filled with curd, which have been strung up high from buildings. 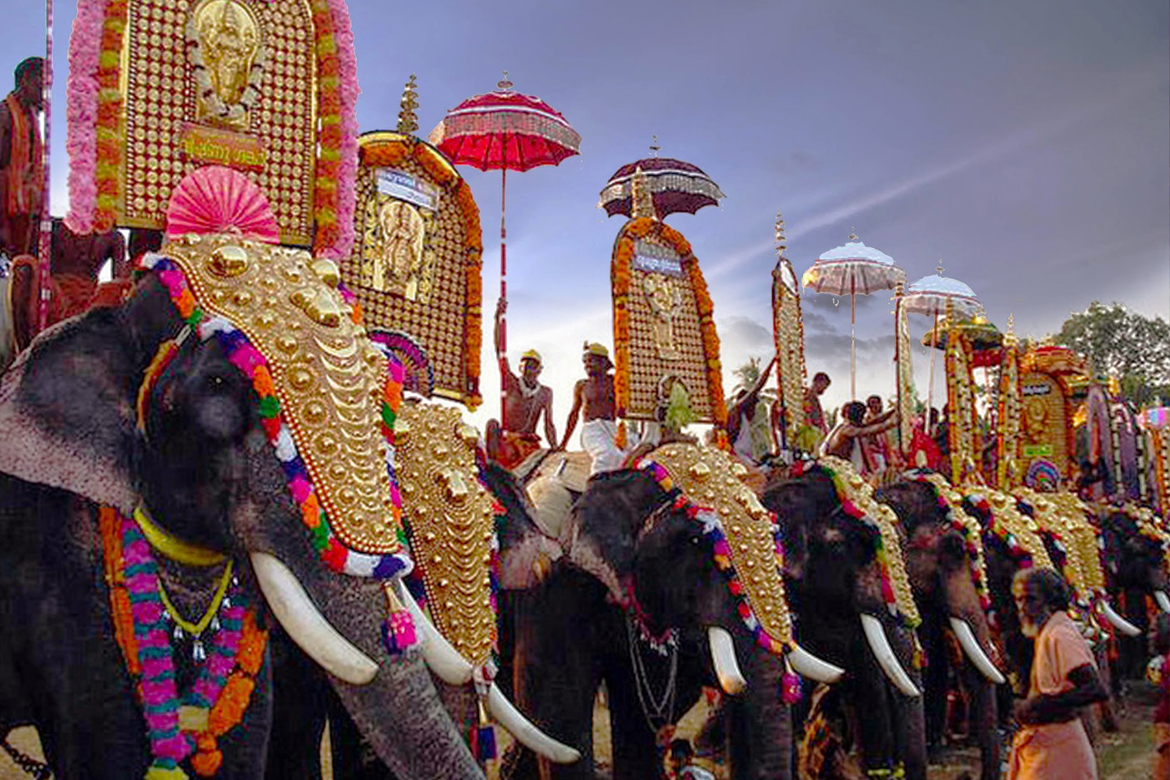 The south Indian state of Kerala is filled with temples that are renowned for their exotic temple festivals. The large processions of elephants, resplendent in ornaments, are the main attractions of these festivals. The processions are accompanied by colorful floats, drummers and other musicians. 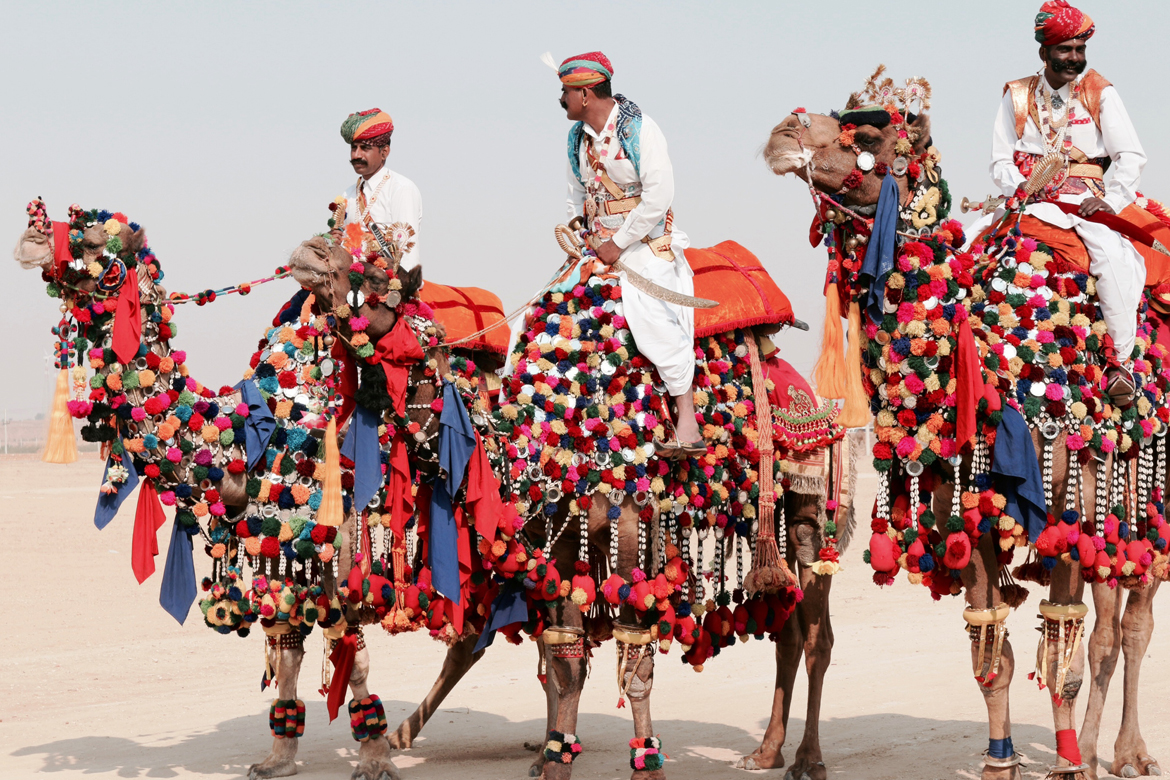 An astonishing 50,000 camels converge on the tiny desert town of Pushkar, in India's state of Rajasthan for the Pushkar Camel Fair. For five days, the camels are dressed up, paraded, shaved, entered into beauty contests, raced, and of course traded. It's a great opportunity to witness an old, traditional style Indian festival.